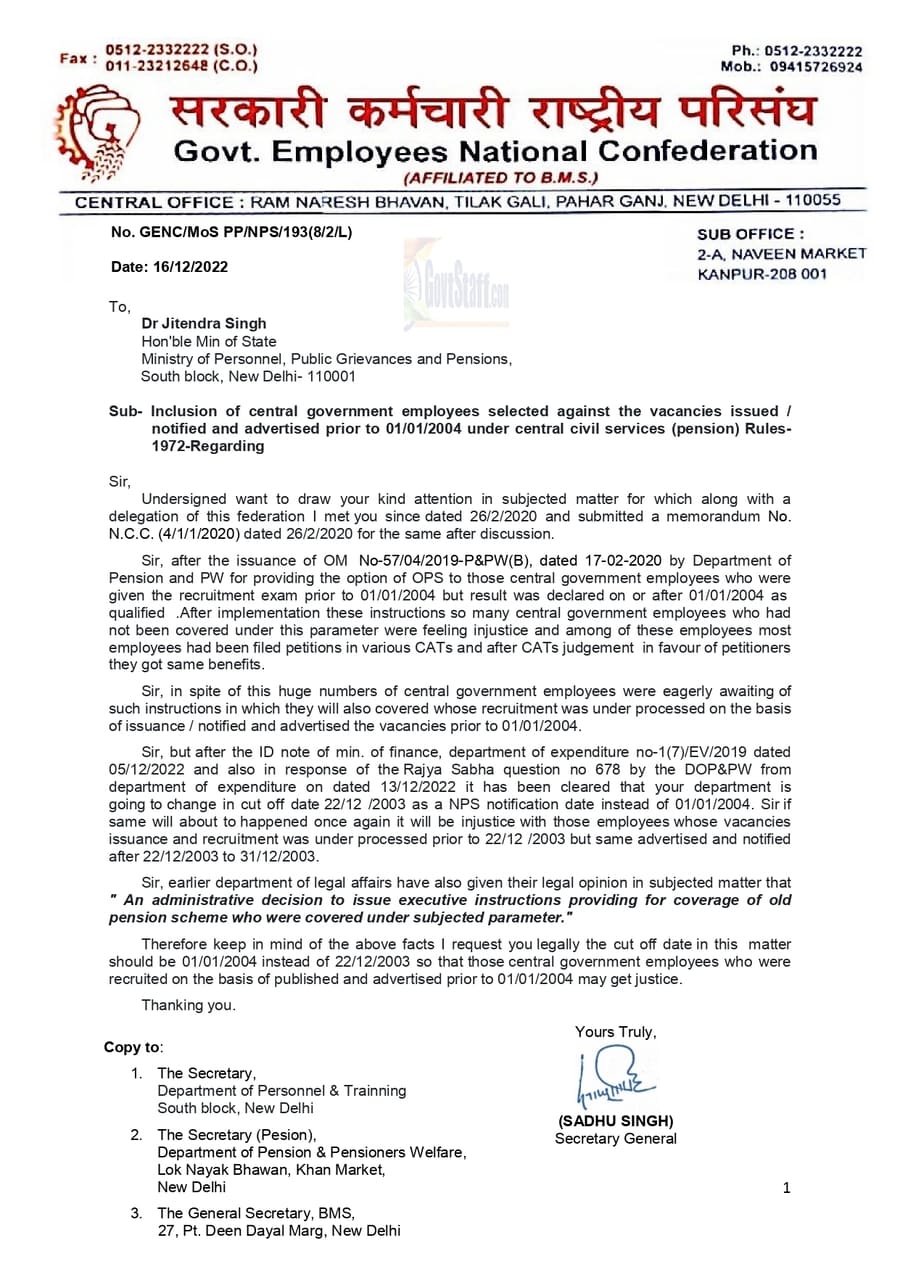 Undersigned want to draw your kind attention in subjected matter for which along with a delegation of this federation met you since dated 26/2/2020 and submitted a memorandum No. N.C.C. (4/1/1/2020) dated 26/2/2020 for the same after discussion.

Sir, after the issuance of OM No-57/04/2019-P&PW(B), dated 17-02-2020 by Department of Pension and PW for providing the option of OPS to those central government employees who were given the recruitment exam prior to 01/01/2004 but result was declared on or after 01/01/2004 as qualified. After implementation these instructions so many central government employees who had not been covered under this parameter were feeling injustice and among of these employees most employees had been filed petitions in various CATs and after CATs judgement in favour of petitioners they got same benefits.

Sir, in spite of this huge numbers of central government employees were eagerly awaiting of such instructions in which they will also covered whose recruitment was under processed on the basis of issuance / notified and advertised the vacancies prior to 01/01/2004.

Sir, earlier department of legal affairs have also given their legal opinion in subjected matter that “An administrative decision to issue executive instructions providing for coverage of old pension scheme who were covered under subjected parameter.”

Therefore keep in mind of the above facts I request you legally the cut off date in this matter should be 01/01/2004 instead of 22/12/2003 so that those central government employees who were recruited on the basis of published and advertised prior to 01/01/2004 may get justice. 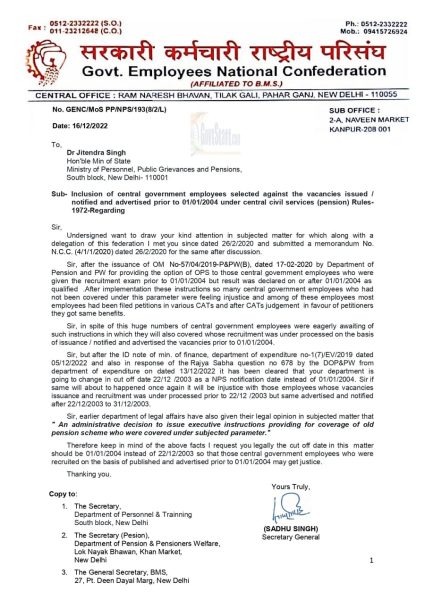