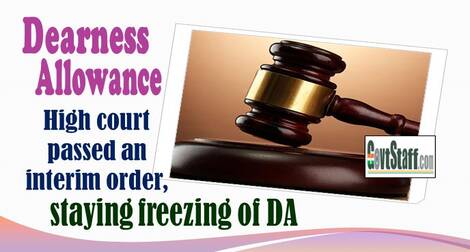 The court was told that in a similar matter, the central government had already clarified that freezing of DA is only applicable for executives and non-unionised supervisors in central public sector undertakings, and not for non-executives and workmen.

Passing the interim order after hearing the petitions filed by Bharat Electronics Workers’ Union and HAL Employees’ Association, questioning the office memorandum dated November 19, 2020, Justice R Devdas directed both BEL and HAL to ensure payment of DA with effect from October 1, 2020, and also issued notice to the Ministry of Heavy Industries and Public Enterprises, BEL and HAL.

Arguing on behalf of Bharat Electronics Workers’ Union and HAL Employees’ Association, senior counsel Subbarao argued that DA should be paid to workmen as per the All India Consumer Price Index once in three months, depending on the cost of living.

However, a memorandum was issued by the Ministry of Heavy Industries and Public Enterprises, Government of India, freezing DA for non-unionised supervisors and executives, in view of the crisis arising out of Covid-19, from October 1, 2020.

Read also |  Cabinet Secretary never mentioned that, freezing of DA/DR will be continued after 30th June, 2021 - Clarification by NC JCM