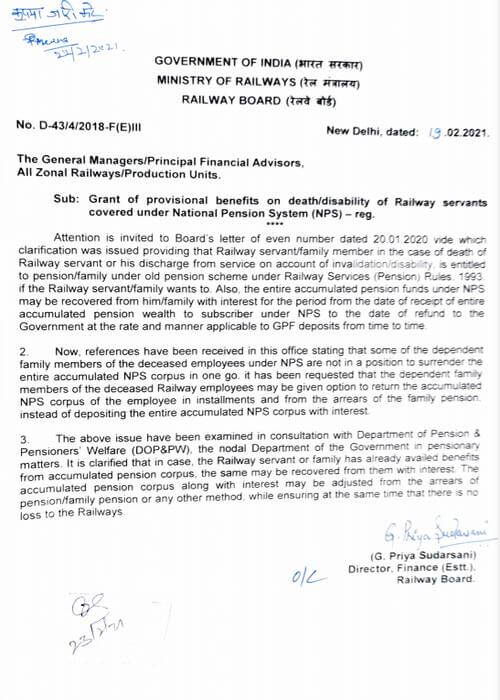 Attention is invited to Board’s letter of even number dated 20.01.2020 vide which clarification was issued providing that Railway servant/family member in the case of death of Railway servant or his discharge from service on account of invalidation/disability is entitled to pension/family under old pension scheme under Railway Services (Pension)/ Rules 1993, if the Railway servant/family wants to. Also, the entire accumulated pension funds under NPS may be recovered from him/family with interest for the period from the date of receipt of entire accumulated pension wealth to subscriber under NPS to the date of refund to the Government at the rate and manner applicable to GPF deposits from time to time.

3. The above issue have been examined in consultation with Department of pension & Pensioners’ Welfare (DOP&PW) the nodal Department of the Government in pensionary matters. It is clarified that in case, the Railway servant or family has already availed benefits from accumulated pension corpus, the same may be recovered from them with interest. The accumulated pension corpus along with interest may be adjusted from the arrears of pension/family pension or any other method while ensuing at the same time that there is no loss to the Railways. 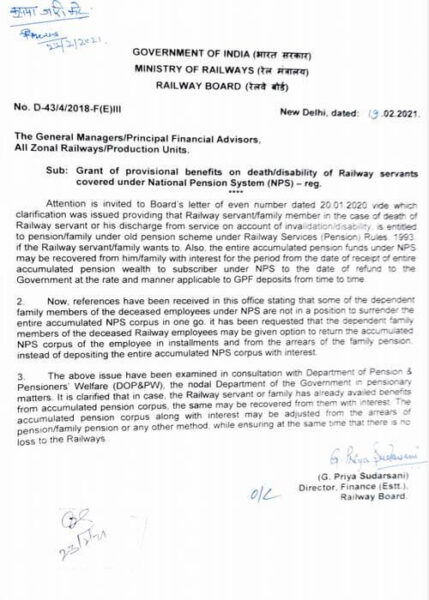