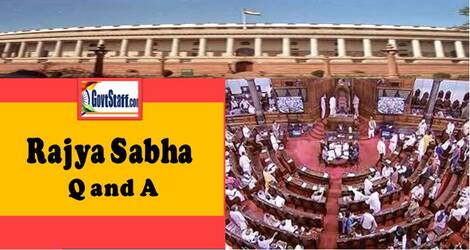 Will the Minister of Defence be pleased to state:

(b) the impact of ‘Atmanirbhar Bharat’ in defence manufacturing with the involvement of both public and private sector?

MINISTER OF STATE (SHRI AJAY BHATT) IN THE MINISTRY OF DEFENCE

(a): The modernization/reforms of Defence Forces is a continuous process based on threat perception, operational challenges and technological changes to keep the Armed Forces in a state of readiness to meet the entire spectrum of security challenges.

The impact of ‘Atmanirbhar Bharat’ in defence manufacturing are as given below: –

(i) In line with the budget announcement for F.Y. 2022-2023 of allocating 25% of the Defence R&D budget for industry led R&D, 18 major platforms have been approved by the Government for industry led Design & Development under Make I, Make II, SPV Model and iDEX routes.

(ii) An innovation ecosystem for Defence titled Innovations for Defence Excellence (iDEX) has been launched in April, 2018 to foster innovation and technology development in Defence and Aerospace by engaging Industries including MSMEs, Start-ups, Individual Innovators, R&D institutes and Academia, and provide them grants/funding and other support to carry out R&D which has potential for future adoption for Indian defence and aerospace needs. So far, 125 problems have been opened, 136 startups have been engaged, 102 contracts have been signed.

(iii) iDEX route of procurement have been simplified and timelines have been compressed from 2 years earlier to just 5 months by reforming the trial process.

(iv) The Government has approved a Scheme with an outlay of Rs. 498.78 Crore (2021-22 to 2025-26) to push innovation and support startups in Defence & Aerospace sector. This will enable more than 300 startups to participate in the new design and development projects and also support 20 partner incubators.

(v) As part of the efforts to achieve self-reliance in Defence manufacturing and minimize imports by the DPSUs, a positive indigenization list has been notified by the Department. The list contains 2,500 imported items which have already been indigenized and 351 high value imported items which will be indigenized in next 3 years. Out of 351 items, 147 items have already been indigenised.

(vi) Another list of DPSUs for indigenization of 107 Line Replaceable Units (LRUs)/Sub-systems of high value platform was notified on 28.03.2022. As on date, 4 LRUs have been indigenized; 5 LRUs are at trial stage and 31 LRUs are at design and development stage.

(vii) An indigenization portal namely SRIJAN has been launched in August, 2020 for DPSUs/OFB/Services with an industry interface to provide development support to MSMEs/Startups/Industry for import substitution. So far, more than 21000 Defence items, which were earlier imported, have been displayed on the portal. 388 private vendors have expressed interest in indigenising more than 4700 items and so far 410 items have been indigenized.

(viii) Separate procedure for ‘Make-II’ category (Industry funded) has been notified to encourage indigenous development and manufacture of defence equipment. Number of industry friendly provisions such as relaxation of eligibility criterion, minimal documentation, provision for considering proposals suggested by industry/individual etc. has been introduced in this procedure. So far, 72 projects relating to Army, Navy & Air Force, have been accorded ‘Approval in Principle’. 38 Acceptance of Necessity (AONs), 05 prototypes developed and 2 procurement contracts have been signed by the Services.

(ix) Further, Make-II route of procurement have been simplified and timelines have been compressed from 2 years earlier to just 5 months by reforming the trial process.

(x) As part of ease of doing business, the export procedure has been simplified and made completely online. This has resulted in an exponential increase in the number of Export Authorizations issued.

View :  Increase in retirement age of Central Government Employees: No proposal under consideration with Govt.

(xii) As part of the AzadiKaAmritMahotsav, the Government organised an event ‘AiDef’ on 11th July, 2022 where for the first time 75 defence specific Artificial Intelligence (AI) products were launched by Hon’ble RakshaMantri. During the event, three AI products of DPSUs were also launched for the market.