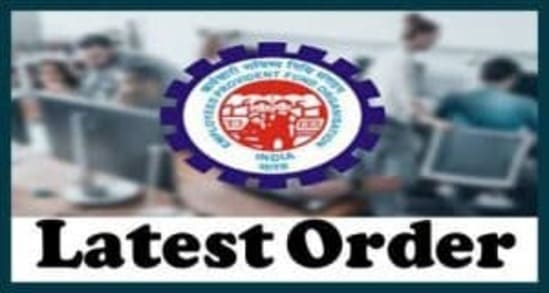 “para 2.2.1 The assurance benefit is payable on death of the member, while in service’.

“Para 2.2.7 1n cases, where an employee member was on leave without wages (consequently no contribution was pa yable by the employer) or absent for any other reason and expired during the period, the Assurance benefit is admissible irrespective of the fact that no contribution was paid by the employer, pro vided he was on the muster rolls of the establishment on the day of death and satisfied the prescribed conditions’.

“Further Para 22(3) of EDLI Scheme states” On the death of an employee, who is a member of the Fund or of provident fund exempted under Section 17 of the Act, as the case may be, who was in employment for a continuous period of twelve months, preceding the month in which he died, the persons entitled to receive the provident fund accumulations of the deceased shall in addition to such accumulations to be paid an amount equal to.-

[(i) the average monthly wages drawn (subject to a maximum of fifteen thousand rupees), during the twelve months preceding the month in which he died, multiplied by thirty five times plus fifty percent of the average balance in the account of the deceased in the fund or of a provident fund exempted under Section 17 of the Act or under Paragraph 27 or 27A of the Employees’ Provident Funds Scheme, 1952, as the case may be, during the preceding twelve months or during the period of his membership, whichever is less subject to a ceiling of one lakh and seventy five thousand rupees;

(ii) the amount of benefit under sub paragraph (1), whichever is higher.”

In above context, it is surprising that references and complaints have been received that even where an employee has died while in service, some offices are rejecting the claims saying that the contribution was not received during the previous few days and therefore the EDLI benefits are not payable on account of such NCP days.

View :  APAR : EPFO Circular regarding timelines for submission of Annual Performance Assessment Report (APAR) in respect of Group 'A', 'B' and 'C' cadres for the year 2020-21

It is also to be noted that when the member dles after leaving employment he/she ceases to be an “employee” as defined in Section 2(f) read In conjunction with Section 6C (1) of the Act in an establishment covered under the Act the condition for release of EDLI benefits ceases to be in operation and the benefits would not be admissible.

Accordingly, all ZOs /ROs are advised to settle the claims strictly in accordance with scheme provisions. Due verification shall be done but it should be done within 7 days and the family members should not be harassed. In cases where employer states that the member is on the muster rolls and the EO says otherwise, the reason why the employer version is not acceptable to us should be clearly listed out and examined at Office.

Zonal and regional Offices are requested to ensure that the persons entitled to receive EDLI benefits are not deprived of their rightful claims.

[This issues with the approval of Competent Authority]