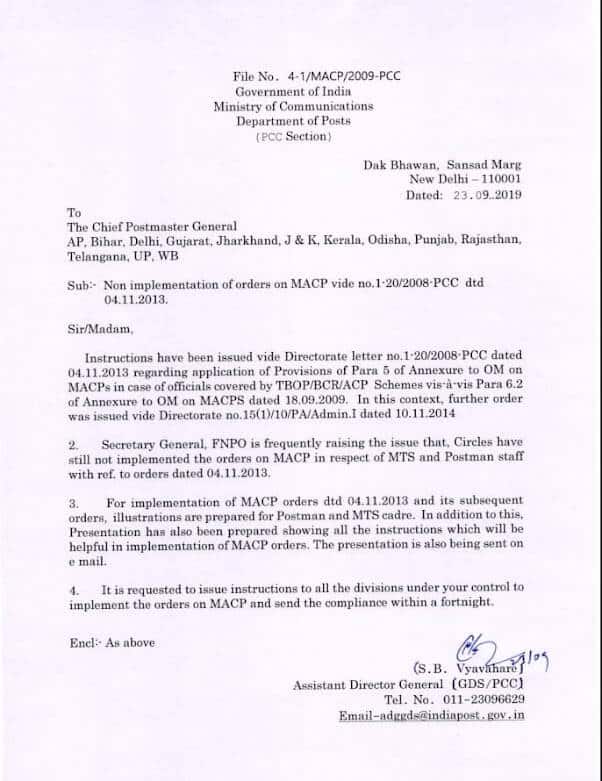 2. Secretary General, FNPO is frequently raising the issue that, Circles have still not implemented the orders on MACP in respect of MTS and Postman staff with ref. to orders dated 04.11.2013.

4. It is requested to issue instructions to all the divisions under your control to
implement the orders on MACP and send the compliance within a fortnight.