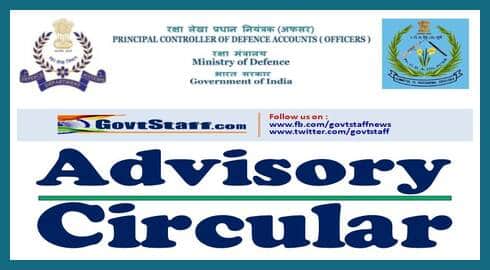 “As per 7th CPC recommendations at Sr. No. 19 of Appendix I of the Gazette Notification dt 06.07.2017, Qualification Grant has been abolished as a separate allowance and eligible employees are to be governed by the newly proposed Higher Qualification Incentive (HQI) for Defence personnel.

3. Office of the PCDA (O) had continued to admit Qualification Grant for courses listed at Appendices to GoI, MoD letter No. A/63088/GS/MT-10/795-C/D (GS-II) dated 25.06.2010 at the rate prescribed as per 6 CPC for the said course and matter was referred to CGDA, HQrs Office. CGDA Office in consultation with HQ ARTRAC has intimated that “continuation of payment of Qualification Grant to Army officers is not in order and should be stopped with immediate effect”.

4. In view of the above and also in view of the fact that the revised list of courses for grant of Higher Qualification Incentive as per 7th CPC orders has still not been received, admittance of Qualification Grant is being stopped with immediate effect.

5. Army Officers are requested to kindly note the same.