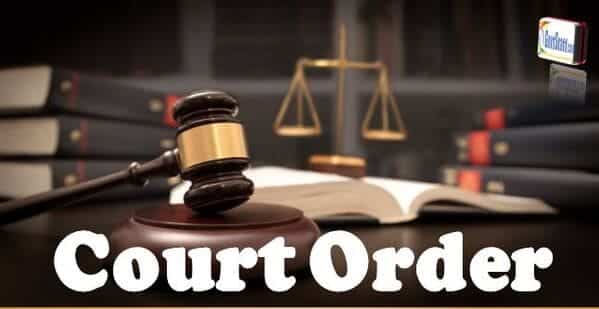 What has the SC ruled in the case where the Employees’ Provident Fund Organisation appealed various orders favouring employees? Who all stand to benefit from the order? Who all have been excluded? What has been the Union government’s argument?

The story so far: Thousands of working individuals who are eligible for pension under the Employees’ Pension Scheme-1995 (EPS-1995) of the Employees’ Provident Fund Organisation (EPFO) and those who already draw PF pension have been litigating in various courts for several years, seeking to invoke a provision in the scheme by which pension benefit can be substantially increased. A three-judge bench of the Supreme Court ruled in the matter on November 4, in a case where the EPFO appealed various orders favouring employees issued by the Kerala, Rajasthan, and Delhi High Courts. The order provided relief to some employees.

Why did the employees litigate?

An option to increase pension is provided for in EPS-1995, for which 8.33% of the employer’s contribution to the employee’s PF account must be remitted into the pension fund on actual basic pay, dearness allowance and retaining allowance. The request for a higher pension should be made in the form of an option exercised by both employee and employer. But due to information asymmetry, most members did not exercise this option and have been contributing to the pension fund only within a salary cap (which was revised from ₹6,500 to ₹15,000 eight years ago), and not on actual pay. This reduced the pension benefit sharply.

The litigation by employees arose because the Union Government amended EPS-1995 effective September 1, 2014, introducing, among other changes, a time limit of six months for the members, jointly with their employers, to opt for higher pension based on their actual salary, and a further six months where reasonable cause for delay existed. The time limit was, however, not known to the employees as there was no communication to them; subsequent applications for higher pension were rejected by the EPFO citing the cut-off date, even after it had been set aside by a two-judge bench of the SC in the precedent-setting R.C. Gupta case in 2016.

What is the impact of the order?

The Supreme Court importantly upheld the amendments to the pension scheme made by the government in 2014, which restricts even membership of the scheme up to a wage ceiling of ₹15,000. But it provided some relief to employees.

One section of current employees (and by extension members of the pension scheme who were contributing to the pension fund as of September 1, 2014) stand to benefit from the order. The SC bench directed that members of the scheme who did not exercise the option for higher pension as provided for in the scheme as it existed before the 2014 amendment, were entitled to exercise the option, jointly with their employers, even under the amended scheme. This right was upheld in the R.C. Gupta judgement, which said no cut-off date was envisaged in EPS-1995.

The court said that all employees who did not exercise the option but were entitled to do so due to interpretation of the cut-off date by authorities should get a further four months to do so from the date of the order. The implication is that those who were members of EPS-1995 as of September 1, 2014 and beyond could exercise the joint option. This means that serving employees can opt for higher pension now, transferring the stipulated part of the employer’s contribution to the pension fund. Other members who contributed to the fund beyond that date but retired, would have to remit the stipulated dues into the pension fund of the EPFO.

Yet, the court specifically excluded those who retired prior to September 1, 2014 without exercising the joint option in the unamended scheme, since they had already exited the membership. This part of the order covers older employees who get a meagre pension. They cite lack of communication on the option of higher pension while in service.

How has the court responded to the government’s demands?

While the court granted partial relief to the employees, it also gave some consideration to the Union government’s argument that it would be stretched for funds to pay higher pension. The members opting for higher pension would, therefore, have to contribute an additional 1.16% on salary exceeding ₹15,000 as a temporary measure for six months, while the government came up with measures to augment its resources. This includes the possibility of legislatively raising the employer’s rate of contribution. At the same time, the judges held the government’s demand for the 1.16% employee contribution not sustainable by law. The compromise was thus only to advance the rollout of the higher pension.

The apex court recognised the government’s powers to amend the pension scheme prospectively or retrospectively under Section 7 of the Employees’ Provident Funds and Miscellaneous Provisions Act, 1952. Based on this recognition, the judges did not interfere with the revised formula used to calculate the quantum of pension — the employees had challenged the reckoning of pensionable wages spread over 60 months of service before the employee exited, rather than 12 months of service that existed in the pre-2014 scheme. The Union government used the example of manual labourers to claim that wages could vary widely, and even be low in the final 12 months. Ironically, the case pertained to organised sector employees whose wages are highest in the last year or service.

What did the court say on employees of exempted establishments?

The bench of Chief Justice of India U.U. Lalit, Aniruddha Bose and Sudhanshu Dhulia directed that the amended scheme of 2014 would apply to employees of exempted establishments, which are those allowed by law to maintain their contributions in Provident Fund trusts, rather than with the PF authorities. They must, however, now give an undertaking along with the joint option, to transfer the stipulated employer’s contribution, matching the quantum that would have been due for transfer for accounts maintained by PF authorities.