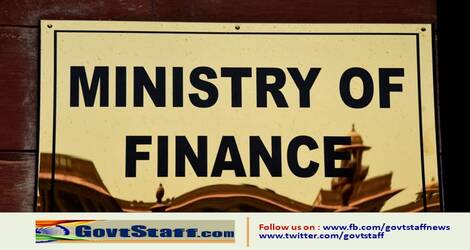 No. 03-26/2020-F.III(A)
Government of India
Ministry of Finance
Department of Expenditure

Subject:- Methodology of fixation of pay on promotion to SO(A/c) AAO on account of passing SAS Part-II/Appendix-II Examinations which involves Special Allowance.

The undersigned is directed to refer to this Ministry/Department’’s Letter No. 27023(41)/74-EG-I dated 03.01.1975 and Defence Account Department/Ministry of Finance(Defence)’s Letter No.11323/Accts/AN dated 20.02.1972 regarding incentives for passing SAS Examination as Special Pay wherein it was stipulated that the Special Pay would be taken into account for Fixation of Pay on promotion under the relevant orders issued by the Government in this regard. Pursuant to recommendation of Fifth Central Pay Commission, as per DOPT vide OM No. 4/4/97-Estt(Pay-II) dated 22.4.1998, the Special Pay henceforth termed as Special Allowance and would be granted hithertofore subject to same conditions as are stipulated in FR 9(25).

2. It has been observed that due to no further instructions/guidelines has been issued by this Department or DOPT with regard to the treatment of Special Allowance on fixation of pay on promotion to next higher post prior to 7th CPC regime, different accounts cadres has been following the practice of taking into Special Allowance for fixation of pay on promotion, in previous CPC regime (5th and 6th CPC and in switching over to 7th CPC regime) as per MOF/DOE/DAD’s earlier instruction issued in 3rd CPC vide letters-dated 03.01.1975 & 20.02.1975, as stated above.

4. In view of above, it has been decided to adopt the following instructions/guidelines, with prospective effect, for treatment of Special Allowance on passing SAS Examination on promotion to next higher post:

5. This issues with the approval of the competent authority.