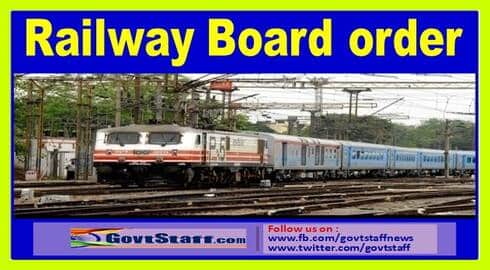 N. F. Railway vide their letter cited under Ref.(i) above have sought clarification as to whether for availing AILTC facility, Railway officials working on N. F. Railway need to surrender the one extra set of Privilege Pass which is being granted to them as special dispensation, alongwith Privilege Passes normally entitled to in a calendar year.

2. The issue has been examined in consultation with Department of Personnel and Training (DoP&T). It has been observed that as per DoP&T’s OM cited under Ref.(ii) above, Railway employees need to surrender only the Privilege Passes of a calendar year admissible to them under the Railway a, Servants (Pass) Rules, 1986 (Second Edition — 1993) to avail AILTC facility whereas one additional set of Privilege Pass per year is granted to officials of N. F. Railway as a part of additional Allowances and Facilities under different set of instructions. Accordingly, with the approval of the Competent Authority, it is clarified that the additional set of Privilege Pass will be out of the ambit of AILTC facility and Railway Servants need not surrender the same for availing AILTC facility.

3. This issues with the concurrence of the Finance Directorate of the Ministry of Railways.