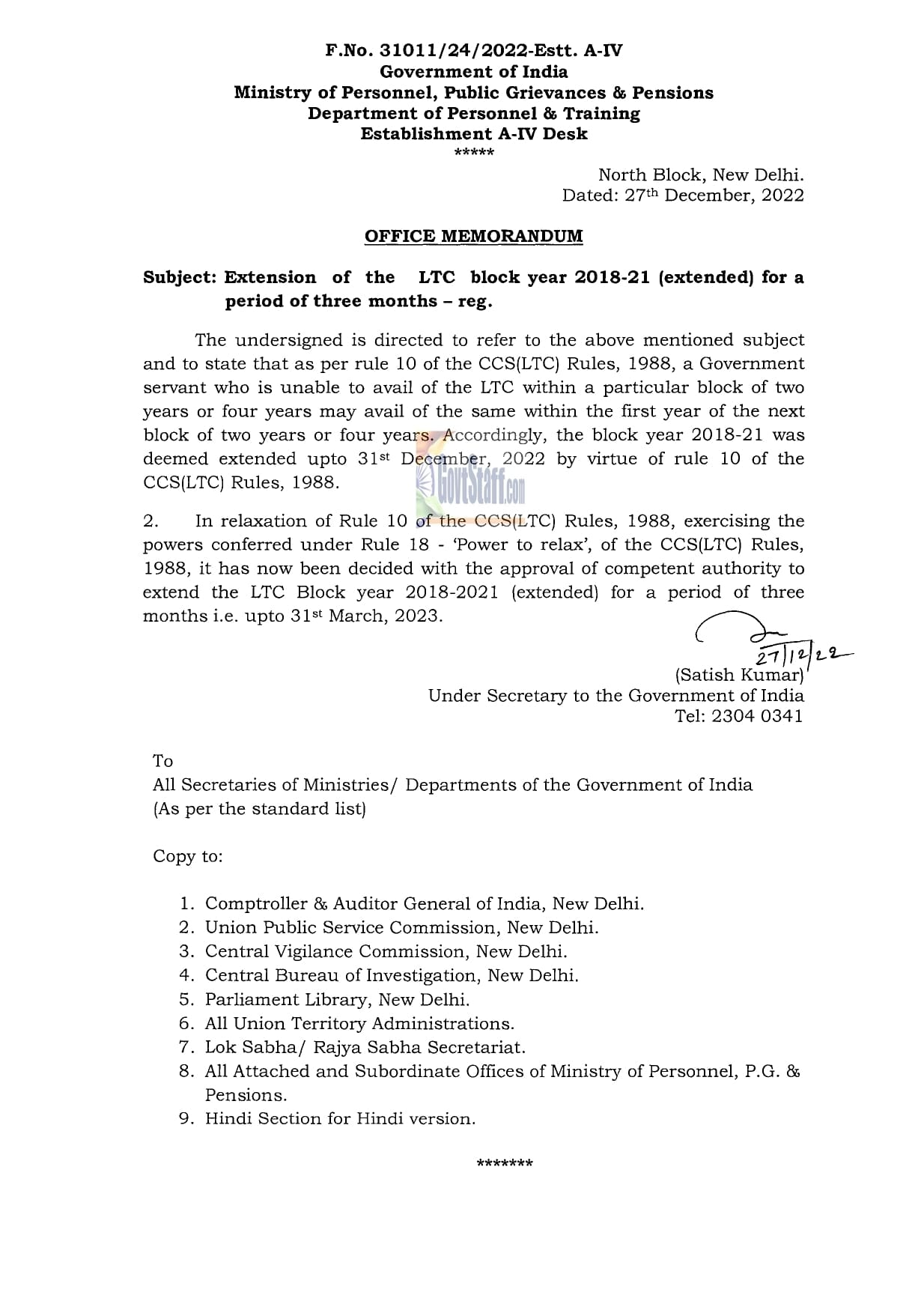 Subject: Extension of the LTC block year 2018-21 (extended) for a period of three months – reg.