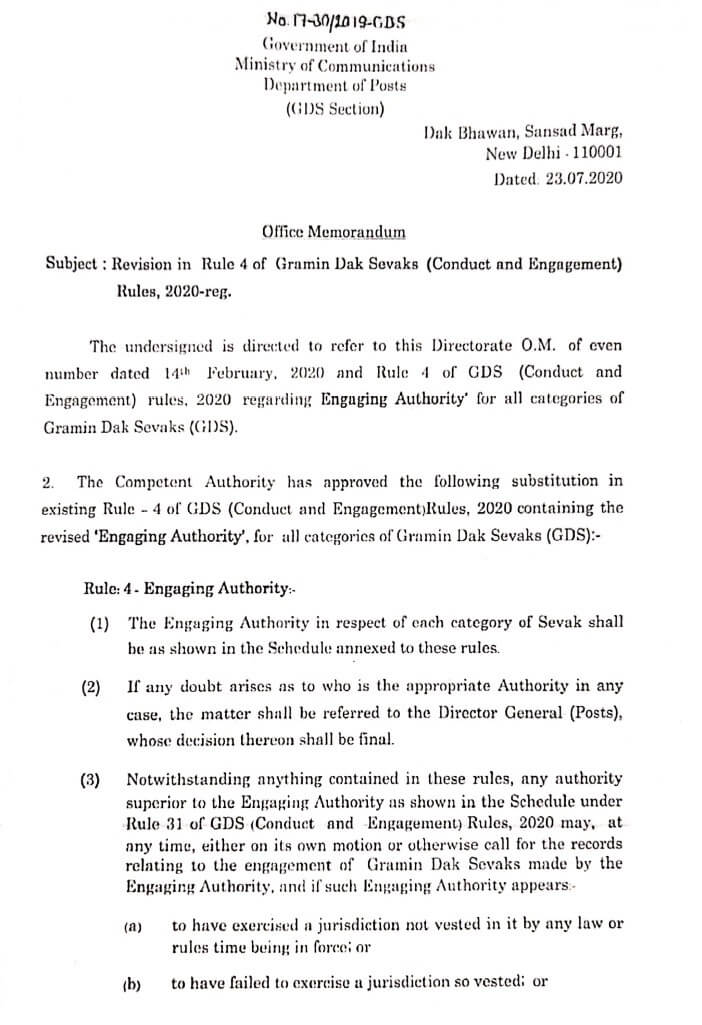 No. -30/20 19-C.BS
Government of India
Ministry of Communications
Department of Posts
(GDS Section)

The undersigned is directed to refer to this Directorate O.M. of even number dated 146 February, 2020 and Rule 4 of GDS (Conduct and Engagement) rules, 2020 regarding Engaging Authority’ for all categories of Gramin Dak Sevaks (GDS).

2. The Competent Authority has approved the following substitution in existing Rule – 4 of GDS (Conduct and Engagement)Rules, 2020 containing the revised ‘Engaging Authority’, for all categories of Gramin Dak Sevaks (GDS):-

(1). The Engaging Authority in respect of each category of Sevak shall be as shown in the Schedule annexed to these rules.

(2). If any doubt arises as to who is the appropriate Authority in any case, the matter shall be referred to the Director General (Posts), whose decision thereon shall be final.

Read also |  Compassionate appointments to dependent children of postal employees including GDS, who died due to Covid-19 without resort to the restriction of 5% of the vacancies

(a) to have exercised a jurisdiction not vested in it by any law or rules time being in force: or

(b) to have failed to exercise a jurisdiction so vested: or

(c) to have acted in the exercise of its jurisdiction illegally or with material irregularity, such superior authority may, after giving an opportunity to such GDS of being heard, make such order as it thinks fit to remove/ dismiss the CDS from engagement including order for cancellation/rectification of the engagement process. 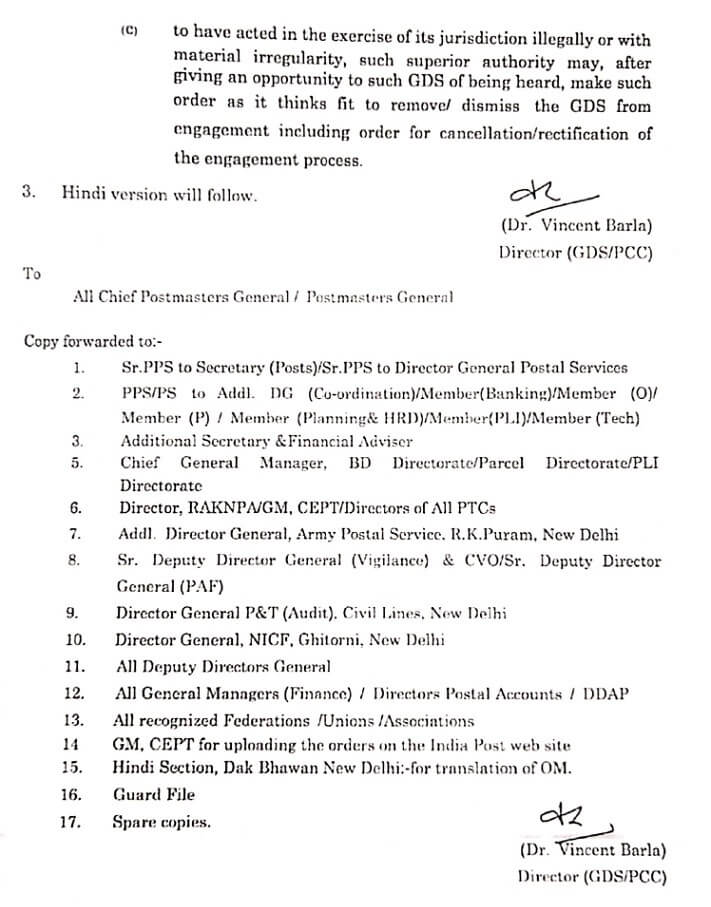