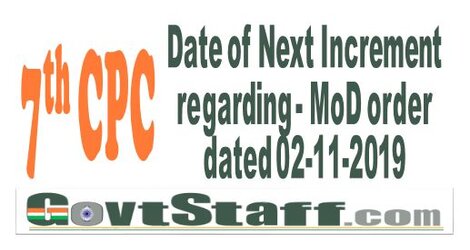 2. Enclosed herewith is the Ministry of Finance, Department of Expenditure OM No. 421/2017-IC/E.IIIA dated 28.11.2019 and to say that the provisions contained therein of the said letter, will mutatis-mutandis be applicable to the Defence Services Officers and JCO/OR and equivalence – provided all the conditions and stipulations laid down therein are strictly fulfilled.

3. Since there is a material change, the personnel who have been regularly promoted or granted financial up-gradation on or after 1.1.2016 and desire to exercise/ re-exercise option for pay fixation shall be given opportunity to exercise or re-exercise of the option. Such an aption shall be exercised within one month of issue of this O.M.

Copy to for information: 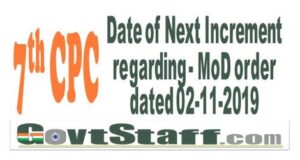