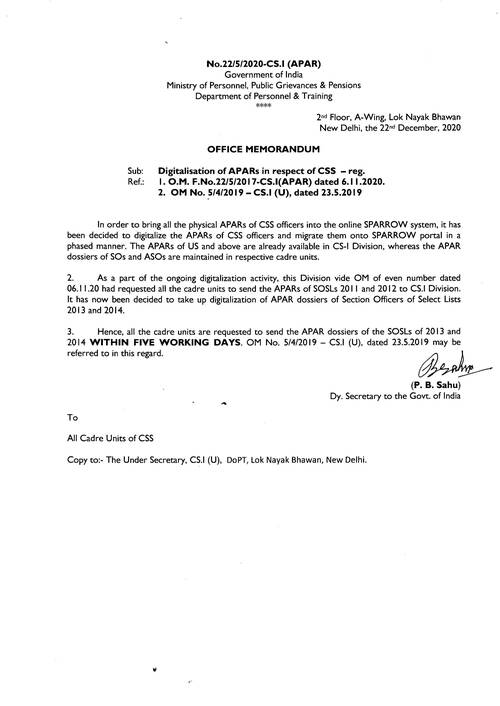 Sub: Digitalisation of APARs in respect of CSS — reg.

In order to bring all the physical APARs of CSS officers into the online SPARROW system, it has been decided to digitalize the APARs of CSS officers and migrate them onto SPARROW portal in a phased manner. The APARs of US and above are already available in CS-| Division, whereas the APAR dossiers of SOs and ASOs are maintained in respective cadre units.

2. As a part of the ongoing digitalization activity, this Division vide OM of even number dated 06.11.20 had requested all the cadre units to send the APARs of SOSLs 2011 and 2012 to CS. Division. It has now been decided to take up digitalization of APAR dossiers of Section Officers of Select Lists 2013 and 2014.

To
All Cadre Units of CSS

Copy to:- The Under Secretary, CS.I (U), DoPT, Lok Nayak Bhawan, New Delhi.