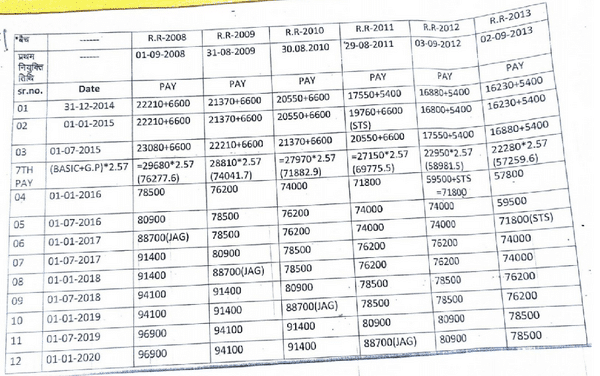 The Chief Secretary,
All the States / Union Territories.

I am directed to refer to references being received from the various Ministries /Departments of Central Government and from the State Governments, on the above-mentioned Subject and to say that Rule 4 (A) (ii) (a) &(b) of AS (Pay) Rules, 2016 state that:

“(a) where, in the fixation of pay, the pay of members of the Service drawing pay at two or more stages in pre-revised Pay Band and Grade Pay or scale, as the case may be, get fixed at same Cell in the applicable Level the Pay Matrix, one additional increment Shall be given for every two stages bunched and the pay of member of Service drawing higher pay in pre-revised structure shall be fixed at the next vertical Cell in the applicable Level.

(b) For this purpose, pay drawn by two members of the Service in a given pay Band and Grade Pay or scale where the higher pay is at least 3% more than the lower pay Shall constitute two stages. Officers drawing pay where the difference is less than 3% shall not be entitled for this benefit.”

2. Accordingly, it is stated that the bunching benefits are granted to an officer when his/her pay arrives equal to his/her junior due to revision of pay as per the new Pay Commission and not in the case when the junior gets equal pay due to promotion to next promotional grade. Hence. the bunching benefits do not apply to the cases where the junior officer is drawing equal pay to that of his/her senior due to pay fixation in the promotional grade. However, a comparative chart worked out for indicating instances, wherein junior officer gets equal to that of his senior and senior office not being eligible for bunching, is enclosed for ready reference.

3. This issues with the approval of the competent authority.

(Jyotsna Gupta)
Under Secretary to Government of India
Ph. 23094714

Copy to: Additional Secretary/Joint Secretary (Administration) of all the Ministries / Departments of Government of India. 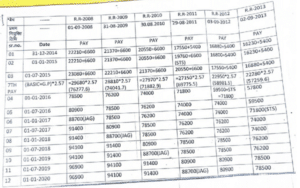