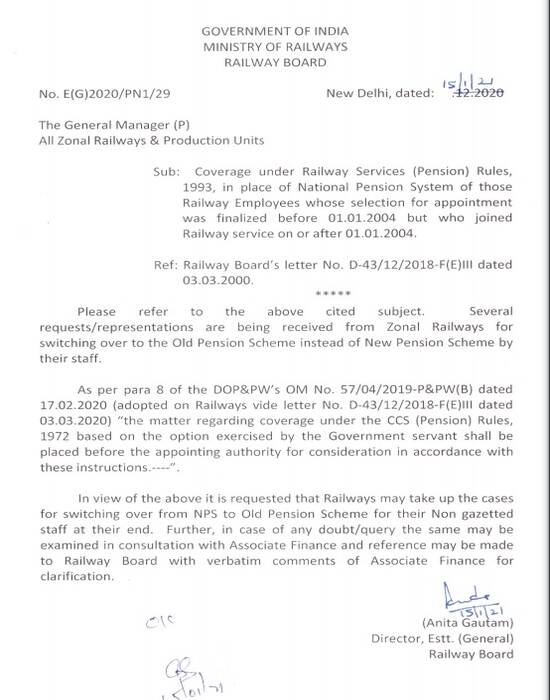 Switching over from NPS to OPS: Railways to take up cases in consultation with Associate Finance

Switching over from NPS to OPS: Railways to take up cases in consultation with Associate Finance

Sub: Coverage under Railway Services (Pension) Rules, 1993, in place of National Pension System of those Railway Employees whose selection for appointment was finalized before 01.01.2004 but who joined Railway service on or after 01.01.2004.

Please refer to the above cited  subject. Several requests/representations are being received from Zonal Railways for switching over to the Old Pension Scheme instead of New Pension Scheme by their staff.

In view of the above it is requested that Railways may take up the cases for switching over from NPS to Old Pension Scheme for their Non gazetted staff at their end. Further, in case of any doubt/query the same may be examined in consultation with Associate Finance and reference may be made to Railway Board with verbatim comments of Associate Finance for Clarification.

Read also |  Directives for compliances to be undertaken prior to filing of returns for tax period of September 2021 - RBA No. 50/2021 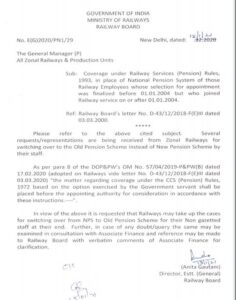