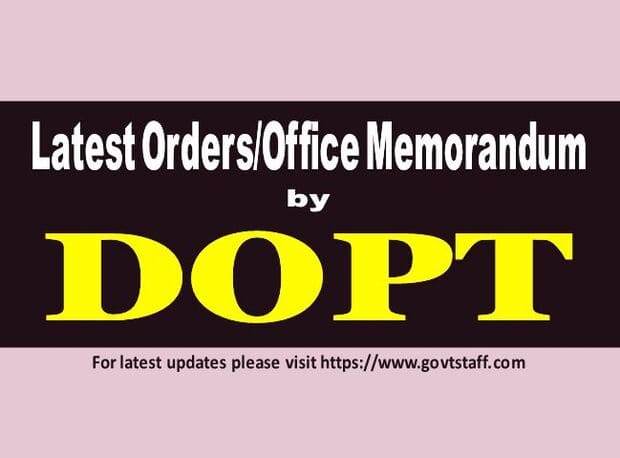 Department of Personnel & Training has issued various instructions from time to time on various Allowances applicable to Central Government Employees.  The essence of these instructions has been summarized in the following paras for guidance and better understanding.

Consequent upon the decisions taken by Government to implement the recommendation of 7th CPC, this department has issued an OM No. A-27012/01/2017-Estt.(AL) dated 17.07.2018. The salient features of CEA are:

(i)       CEA/Hostel Subsidy can be claimed only for the two eldest surviving children.

(iv)   The reimbursement of CEA for Divyang Children of Government servant shall be payable at double the normal rate of CEA i.e. Rs. 4500/- per month.

(vi)     The CEA and Hostel subsidy is admissible in respect of children studying from two class before class one to 12th standard.

(i)      As per decision taken by the Government on the recommendation of 7th CPC rates of Risk Allowance were revised.

View :  APAR : Extension of timelines for recording of PAR for the year 2021-22 in respect of AIS officers by the reporting / reviewing / accepting authorities

(ii)    Risk Allowance is presently given to Central Government employees engaged in hazardous duties or whose work will have a deleterious effect on health over a period of time.

(iii)     The Risk Allowance will not be treated as “Pay” for any purpose.

Consequent upon the decision taken by Government on the recommendations made by 7th CPC on the subject following guidelines has been issued:

(ii)   A uniform weightage of 10 minutes shall be given for every hour of night duty performed.

(v)    The amount of NDA will be worked out separately for each employee depending upon the basic pay the concerned employee is drawing on the date of performing the night duty.

Consequent upon the recommendations of 7th CPC as accepted by the Government, it has been decided that:

(i)       “Ministries/Departments to prepare a list    of those staff coming under the category of ‘Operational Staff’. Rates of Overtime Allowance not to be revised upwards”.

(ii)      The following definition has been used to define Operational Staff: “All non-ministerial, non-gazetted Central Government Servants directly involved in smooth operation of the office including those tasked with operation of some electrical or mechanical equipment.”

View :  Status of Cadre Review as on 05th July 2022 – Approved by Cabinet and proposals under consideration with DOE and CCA

(iv)        The grant of OTA may be linked to biometric attendance.

(i)      As per the decision taken by the Government on 7th CPC recommendations to enhance the rates of Special Allowance payable to those wholly engaged in Parliament work during Parliament session by 50% from the existing levels of Rs. 1500/- and Rs. 1200/- payable to Assistants and UDCs respectively to the level of Rs. 2250/- and Rs 1800/-.

(iii)   No OTA shall be paid to Parliament Assistants for the calendar months in which the Parliament is in session.

6.     Special Allowance for Child Care for Women with Disabilities

View :  Compendium of instructions/guidelines issued by the Office of the Director (Canteens)

(ii)    The above limit would be raised by 25% every time the Dearness Allowance on the revised pay structure goes up by 50%.