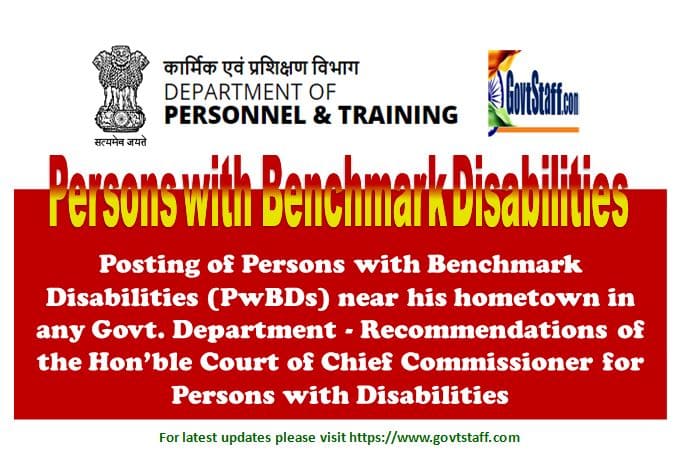 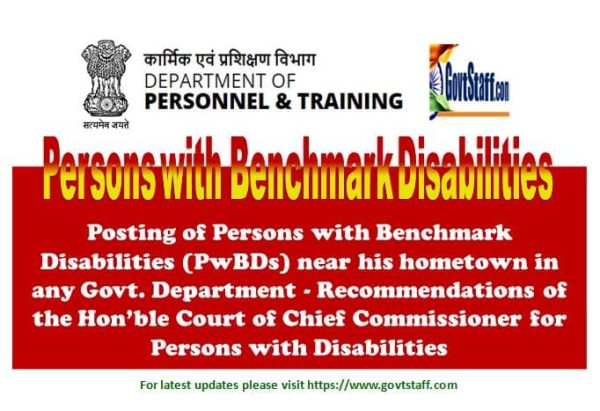 The undersigned is directed to say that Shri Vishnu Nair (PWBD with 85% hearing disability in both ears, a regular Section Officer of the Central Secretariat Service and presently posted in the Ministry of Micro, Small and Medium Enterprises (MSME) had requested for posting in his native place i.e. Ernakulam Distt., Kerala due to his hearing disability. As there is no CSS cadre post in Ernakulam district, this Department is unable to post him near his hometown.

2. He had also approached Commission for Persons with Disabilities (CCPD) for its intervention to arrange for his posting in any Govt. organisation near his home district.

3. In this connection, the Hon’ble Chief Commissioner for Persons with Disabilities (CCPD) in her Order dated 30.11.2022 has recommended that this Department would write to all Central Government establishments situated in Kerala in order to explore the possibility of his transfer to Kerala where hometown of the complainant is situated.

4. Accordingly, all the Ministries/Departments of Government of India are requested kindly to explore possibilities of posting of Shri Vishnu Nair in any of the attached/regional offices/autonomous bodies under their administrative/cadre control located in the state of Kerala in general and in Ernakulam district in particular within the existing rules of the organisation so as to help Sh. Nair, Section Officer work near his hometown and stay with his family.