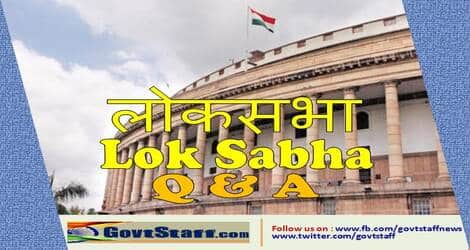 Reversion to Old Pension Scheme – DoP&PW may take appropriate decision on the matter : Lok Sabha Q and A

Reversion to Old Pension Scheme – DoP&PW may take appropriate decision on the matter : Lok Sabha Q and A

Will the PRIME MINISTER be please to state:

(a) whether the Supreme Court has dismissed more than half dozen Special Leave Petitions (SLPs) including SLP Nos.15312-15321/2021 and Review Petitions and ordered that Central Government officials whose advertisements were issued before 01/01/2004 and joining and results occurred after 31.12.2003 be reverted back to old pension scheme;
(b) if so, the status of implementation of all such judgements along with the number of employees who have been granted relief therein;
(c) the details of the comments received from the Department of Financial Services and Department of Legal Affairs and the action being taken by the Government for issuing general/executive orders in light of comments received to cover similarly placed employees; and
(d) if not, whether this has led to long litigation process for affected Government employees in the matter which has attained finality and also implemented in some of the judgements and if so, the comments thereof?

(a) & (b): Hon’ble Supreme Court has dismissed some of SLPs/ Review Petitions filed by Union of India against the orders of Hon’ble High Court of Delhi allowing benefit of old pension scheme to those Government servants whose selection process was completed after 01.01.2004. Details of cases is enclosed at Annexure-A.

(c): Department of Financial Services in their comments have conveyed that DoP&PW may take appropriate decision in regard to excluding the employees whose recruitment advertisement was issued on or before 01.01.2004 from the purview of NPS and cover them under OPS.

Department of Legal Affairs has conveyed that the examination of the issue in this Department to the effect that an administrative decision to issue executive instructions providing for coverage of Government servants under old pension scheme who were appointed to Central Government service on or after 01.01.2004 on the basis of advertisement/notification of vacancies issued prior to 01.01.2004 appears to be in order.

There is no decision to issue general instructions in this regard.

(d): National Pension System (NPS) was introduced for Central Government employees by a Notification of Ministry of Finance (Department of Economic Affairs) dated 22nd December, 2003. NPS is mandatory for all new recruits to the Central Government service from 1st January, 2004 (except the armed forces).

In view of the specific provisions of the Notification dated 22.12.2003, the date of advertisement for the vacancies is not considered relevant for determining the eligibility for coverage under the Old Pension Scheme or the National Pension System.

LOKSABHA 24 Loksabha Q and A 26 NPS 108 NPS to OPS 10 OPS 8
Newer Post
Cadre Restructuring of Group ‘C’ employees in Department of Posts — Clarification by Deptt. of Post Order 23.07.2022
Older Post
Payment of family pension in respect of a child suffering from a disorder or disability of mind through the person nominated by the Government servant/pensioner/family pensioner – PCDA Circular No. 227