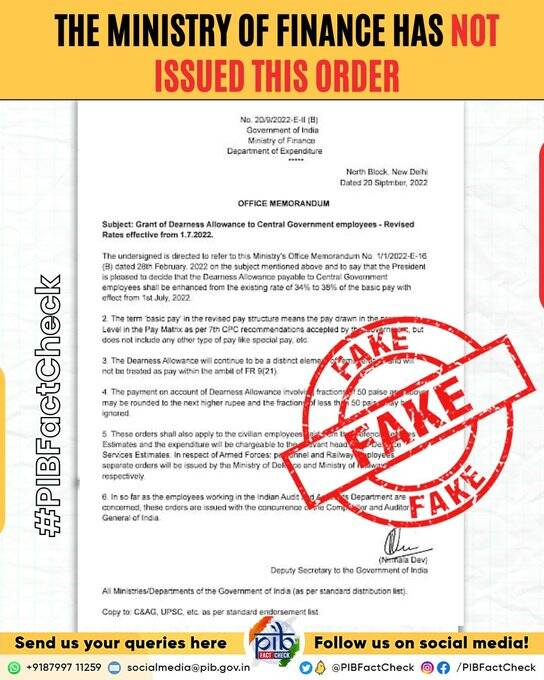 Message circulating on WhatsApp claiming that the additional installment of Dearness Allowance for Central Government employees will be effective from 1st July this year is “fake”, the PIB Fact Check said on Thursday.

“An order circulating on WhatsApp claim that the additional installment of Dearness Allowance will be effective from 01.07.2022 is fake,” PIB Fact Check tweet along with the copy of the order that has been spreading misinformation on WhatsApp over the last few days.

The PIB Fact Check also stated that the Ministry of Finance, Government of India, has not issued any such order.

An order circulating on #WhatsApp claims that the additional installment of Dearness Allowance will be effective from 01.07.2022#PIBFactCheck

▶️Department of Expenditure, @FinMinIndia has not issued any such order pic.twitter.com/VQ07ZvpMXE

For the unversed, PIB Fact Check counters misinformation on government schemes and policies.

What did the ‘fake’ DA order said?

The “fake” order dated 20 September, 2022 said, “The Dearness Allowance payable to Central Government employees shall be enhanced from the existing rat of 34 per cent to 38 per cent of the basic pay with effect from 1 July, 2022.”

Fake order circulating on social media wherein it is claims that additional installment of Dearness Allowance for Central Government employees will be effective from 1st July this year.

What is Dearness Allowance and who gets it?

Dearness Allowance, or DA, is paid by the government to its employee to compensate for the loss in value of the monthly salary/pension wealth due to inflation. It is added to the employee’s basic monthly salary.

DA is revised twice a year – January and July – while the announcement of the revised allowance is made in March and September respectively.

As the impact of inflation differs according to the location of the government employee, DA is calculated accordingly. Thus, DA varies from employee to employee based on their presence in the urban, semi-urban or rural sector.

How much DA a government employee is getting now?

The current DA rate, which was announced by the Union government in March, is 34 per cent. After the increase, the rate of DA is expected to increase to 34 per cent.

The current 34 per cent DA rate is a 3 per cent increase on the revised 31 per cent announced in October last year.

How DA hike is calculated?

The computation of DA/DR is done on the basis of the formula recommended by the 7th Pay Commission. At present, the DA is regulated and determined on the basis of the rate of inflation according to the All India Consumer Price Index for Industrial Workers (CPI-IW) released by the Labour Bureau (Shimla), Ministry of Labour and Employment. 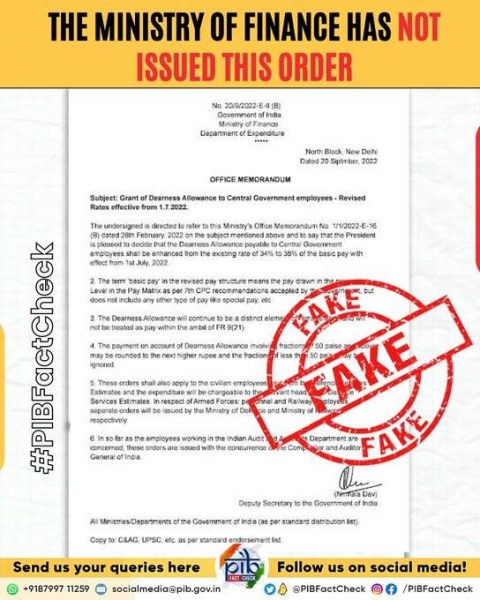