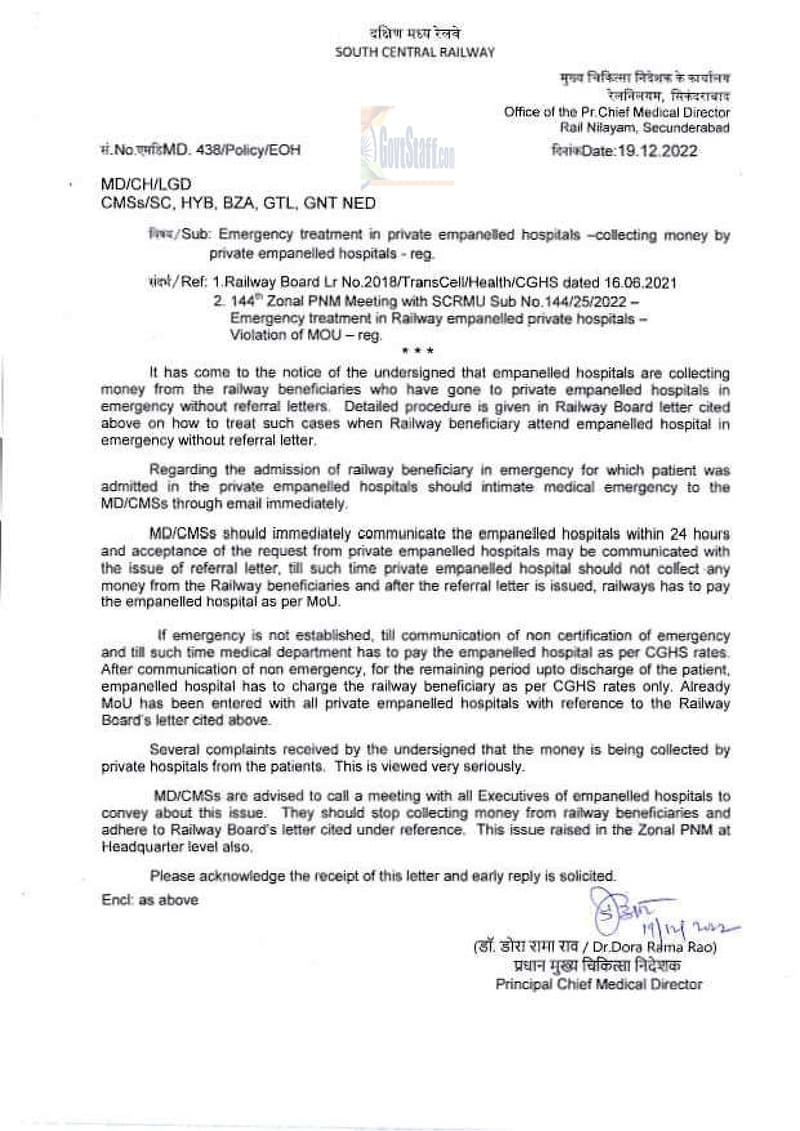 Regarding the admission of railway beneficiary in emergency for which patient was admitted in the private empaneled hospital should intimate medical emergency to the MD/CMSs through email immediately,

Several complaints received by the undersigned that the money is being collected by private hospitals from the patients. This is viewed very seriously.

MD/CMSs are advised to call a meeting with all Executes of empanelled hospitals to convey about this issue. They should stop collecting money from railway beneficiaries and adhere to Railway Boards letter cited under reference. This issue raised in the Zonal PNM at Headquarter level also.

Please acknowledge the receipt of this latter and and reply is solicited. 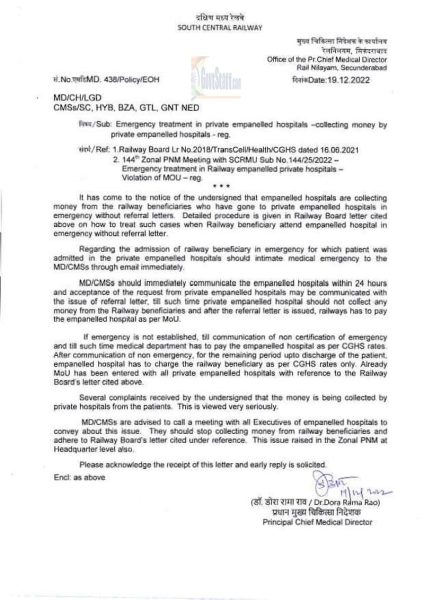