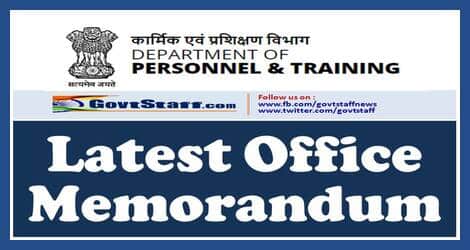 The Chief Secretary,
All the State Governments.

2. This issues with the approval of the Competent Authority.

(Kuldeep Chaudhary)
Under Secretary to Government of India
Ph. 23094714