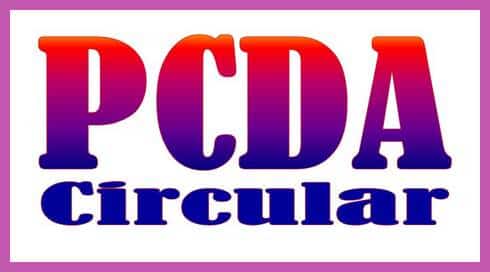 View :  Pension Cases: PAO should not go back to a period earlier than a maximum of 24 months preceding the date of retirement for raising observations relating to pay fixation

5. There will be no reduction in the amount of family pension computed as per the aforesaid OMs in any case, including in cases where the amount of initial compulsory retirement pension/compassionate allowance was less than full pension.

6. It shall be the responsibility of the Head of Department and Pay and Accounts Office (PAO) attached to that office from which the Government servant had retired or was working last before his death to fix the pay as on 01.01.2016 in respect of pre-2016 Defence Civilian pensioners/family pensioners in accordance with existing rules/Govt. orders. In the annexed proforma of LPC-Cum-Data Sheet, the claim will be forwarded along with all concerned documents by the H.O.O/H.O.D to PCDA (Pension) Allahabad after getting it vetted from PAO/LAO attached. In addition of LPC–Cum Data Sheet duly completed in all respect , following documents may invariably be enclosed along with the claim:- 1. Copy of original PPO and subsequent all Corr. PPOs earlier issued to the pensioner 2. In case of death, Copy /Date of death of the pensioner with death certificate. 3. Current PDA details.

7. HOOs may endeavor to mention Pay scale at time of retirement. Notional Pay scale & Notional Pay Scale as on 01.01.1986 in case of pensioners who were retired prior to 01.01.1986, Notional Pay scale/Pay scale as per 5th CPC, 6th CPC and 7th CPC, Aadhaar no., Mobile no., PAN no., E Mail Id of pensioner / family pensioner or spouse in the LPC-cum- Data Sheet, if readily available. In case these details are not available, efforts may be made to obtain these details from the Pensioner / family pensioner / Spouse and subsequently propose amendments though use of LPC-cum- Data Sheet for issue of Corrigendum PPO.

8. In view of the foregoing, Head of Departments are requested to issue suitable instructions (along with copy of this circular) to all the Head of Offices under their administrative control to ensure that claims on the subject matter are floated in accordance with clarification given in above Paras without delay. It is further requested that HOD’s may evolve suitable mechanism to monitor progress in forwarding of LPC- cum-Data Sheet by their sub offices functioning as on Head of Office.