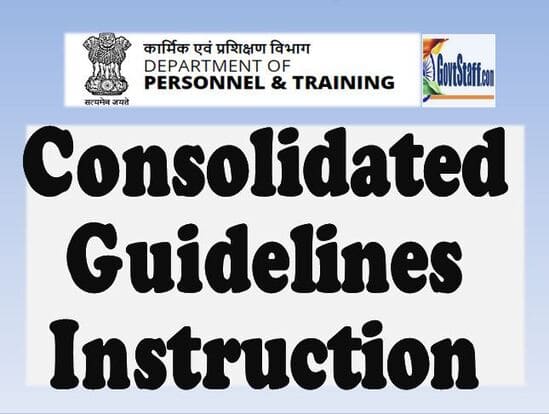 Consolidated Instructions on Reservation in appointments in Posts/Services in the Central Government : Updated Compendium issued by DOPT

Consolidated Instructions on Reservation in appointments in Posts/Services in the Central Government : Updated Compendium issued by DOPT

Establishment (Reservation) Division of the Department of Personnel and Training has issued various instructions, from time to time, regarding reservation in appointments to posts and services under the Central Government, and concessions/relaxations extended to the persons belonging to Scheduled Castes (SCs), Scheduled Tribes (STs), Other Backward Classes (OBCs), Persons with Disabilities (PwDs), Economically Weaker Sections (EWSs) and Ex-servicemen. With a view to facilitating easy accessibility and clear understanding of these rules on reservation/concessions/relaxations, the relevant instructions on the subject (except Ex-servicemen) have been consolidated, as under: 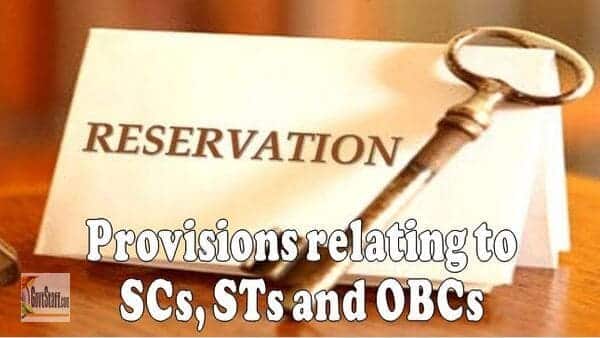 RESERVATION IN DIRECT RECRUITMENT AND PROMOTION

Reservation is provided to the members of the Scheduled Castes, Scheduled Tribes and Other Backward Classes @ 15%, 7.5% and 27%, respectively, in the matter of appointment by direct recruitment to civil posts and civil services on all India basis by open competition…. Read more 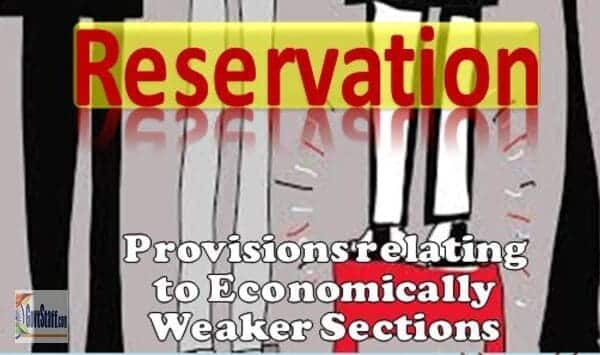 The following instructions are issued in consultation ‘with’ Ministry of Social Justice and Empowerment and Department of Legal Affairs regarding reservation for EWSs not covered under the reservation scheme for SCs/STs/OBCs in respect of direct recruitment in civil posts and services in’ the Government of India…. Read more 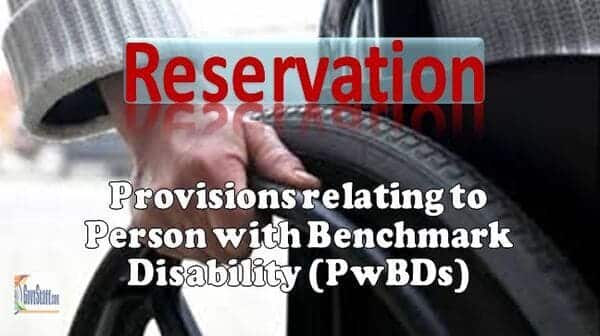 RESERVATION FOR PwDs IN DIRECT RECRUITMENT

Previous OMs on the subject

With enactment of THE RIGHTS OF PERSONS WITH DISABILITIES ACT, 2016′ from 19th April, 2017 and notification of THE RIGHTS OF PERSONS WITH DISABILITIES RULES, 2017′ on 15th June, 2017, the following instructions have been issued in line with the provisions made therein regarding reservation for Persons with Benchmark Disabilities, as defined under Section 2(r) of the Act against the posts and services of the Central Government…. Read more