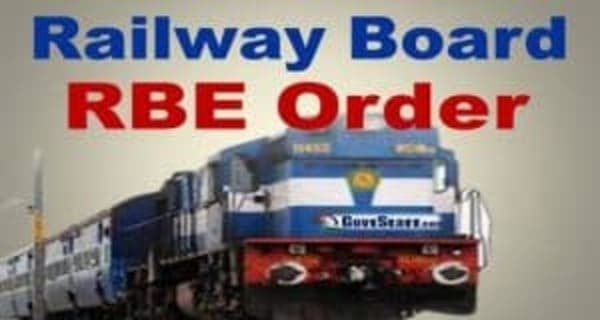 ‘The General Managers,
All Indian Railways and Production Units etc.,
(As per standard list),

A mechanism for review of the appointment of Inquiry Officers in a disciplinary proceeding on the grounds of bias was put in place vide this Ministry’s letter No. E(D&A)70 RG6-14(1) dated 19.06.1974.

2. Of late, instances have been brought to notice suggestive of a tendency where the charged: Railway servants initially participate in the proceedings conducted by the Inquiry Officers and thereafter at a subsequent stage, including the stages approaching the finalization of the inquiry, make representations against some or other of the decisions taken-or orders passed by the Inquiry Officer in the course of the Inquiry, and terming the same as an allegation of bias quoting the instructions dated 19.06.1974. The grounds raised for alleging bias include the orders/decisions of the inquiring officers. not allowing the additional documents demanded by the charged officer, not allowing the defence witnesses as requested by the charged officer, not accommodating the venue and the dates of the hearings as demanded by the charged Railway servants, disallowing the questions asked by the defence side to a witness etc., all of which stand barred from being. appealed against -under Rule 17(iii) of the Railway Servants (Disciple and: Appeal) Rules, 1968. Application of the instructions dated 19.06.1974 to such representations leads to undue prolongation of the proceedings besides interference of the revisionary authority on merits of the case at a wholly premature stage. There is a need to curb this tendency and concern has been expressed by the Central Vigilance Commission also in this regard.

View :  Procedure for disposing off the cases of taking voluntary retirement of Medically unfit Railways' Employees : Railway Board Clarification

3. To recall, the Railway Servants (Discipline and Appeal) Rules, 1968 do not contain an explicit provision for making of a representation by a charged Railway servant against the appointment of an Inquiry Officer on grounds of bias and, therefore, ‘it was considered appropriate to issue the aforesaid instructions dated 19,06.1974 in order to ensure that a person having a cause or an interest in the case is not appointed as the inquiry officer which, if done, would not Only compromise the fairness of the conduct of the inquiry but would also amount to denial of the reasonable opportunity of being heard to the charged Railway servant. It goes without saying that these instructions were neither interided nor can be allowed to be interpreted in a manner as would render redundant the a other provisions including the provision contained in Rule 17(iii) of the Railway Servants (Discipline and Appeal) Rules, 1968, which, in turn, also ensure that the appellate/revisionary authorities do not intervene in the proceedings on merits until final orders are passed by the Disciplinary Authority. The statutory scheme has already provided.an avenue to the charged Railway servants to make submissions on the Inquiry Officer’s report under Rule 10 thereof.

4. The instructions dated 19.06.1974 envisage that a charged Railway servant, If he has reasons to form an opinion that the person appointed as the inquiry officer is already possessed with a such a prejudiced mind that a fair conduct of inquiry cannot reasonably be expected of him in the case, would raise an allegation of bias immediately on receipt of the order of his appointment the inquiry officer. Raising of an allegation after having participated in the inquiry conducted by the very same person as inquiry officer not only indicates acquiescence on his part with the appointment of the said person as the inquiry officer but also reduces his allegation. to a representation of convenience emerging from an after-thought arising out of an. apprehension that the inquiry is not proceeding in his favour and thus not worth consideration.

View :  Reiteration of instructions relating to reservation in temporary appointments – Railway Board

5. In order to curb the aforementioned tendencies and to ensure that the instructions dated (19.06.1974 are invoked only for the intended purposes and not for unduly prolonging and protracting the proceedings, it is clarified that:

(i) The said instructions would apply. only to those representations of the charged Railway servants —which contain the grounds of pre-existence of bias in the mind of the person at the time of his appointment as the Inquiry Officer.

(ii) The said instructions would not apply to the representations made by the charged Railway servants on grounds based on the actions and decisions taken and orders passed by the inquiry officer during the conduct of the inquiry as it violates the provisions contained in Rule 17 (iti) of the Railway Servants (discipline and Appeal) Rules, 1968 and invites the revisionary authority to intervene in the proceedings before its finalization by the disciplinary authority.